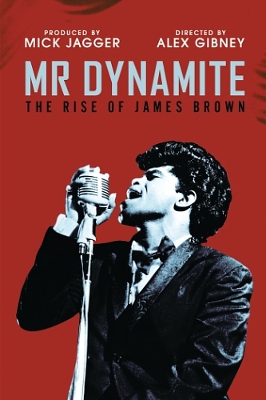 November 27th sees the release of what promises to be a spectacular DVD documentary on the Godfather of Soul, JAMES BROWN. The film, ‘Mr. Dynamite: The Rise Of James Brown’ has been directed by Oscar® and Emmy® winner Alex Gibney, and co-produced by a certain Mick Jagger.

Running for two hours, the documentary includes fresh interviews with Brown contemporaries, along with historical interview footage and rare archival performances of such Brown classics as ‘Papa’s Got A Brand New Bag,’ ‘I Got You (I Feel Good),’ ‘Out Of Sight’ and many, many more. Much of the material has come from the Brown estate which has opened its archive for the first time. Amongst the rare footage is a clip from ‘Soul Train’ on which Brown duets with Bobby Bland.

There are plenty of bonus features too, loads and loads of photos and a 12 page essay fro that man Jagger!