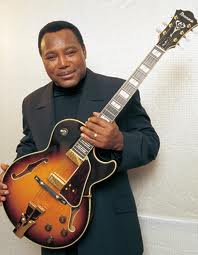 The second “new” reissue is ‘Barefoot Boy’ – guitarist LARRY CORYELL’S only album for Flying Dutchman. The album is an off-the-cuff affair, recorded at New York’s famous Electric Ladyland Studios and the undoubted high spot is the 20 minute ‘Call To Higher Consciousness’. On the original album the experimental modal workout filled all of side 2 and illustrates perfectly why Coryell was noted for the fluidity of his playing.

‘The Leon Thomas Album’ is the third new Flying Dutchman reissue. The five tracker was LEON THOMAS’ second album for Thiele’s label and features a full horn section and augmented percussion. The album sees Thomas explore his ideas in spiritual jazz though he tips a nod to his roots with a cover of Milt Jackson’s ‘Bag’s Groove’. This is this album’s CD debut.