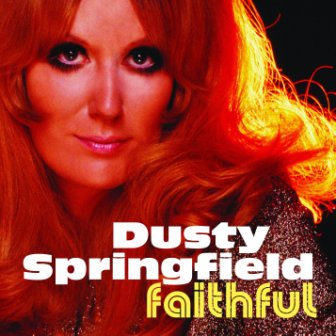 There is no argument. DUSTY SPRINGFIELD is the finest British female soul singer ever. Anyone who doubts this simply needs to go to her monumental ‘Dusty In Memphis’ album – the 1969 long player was a landmark recording and remains a benchmark against which to judge other contenders.

The album was the first in what was meant to be a three album deal with the mighty Atlantic Records. The second fruit of the contract was ‘A Brand New Me’ (re-titled ‘From Dusty With Love’ in the UK) – for which the singer was teamed with the then up-and-coming Philadelphia duo, Gamble and Huff.

For her third Atlantic album, the execs assigned her to Jeff Barry – a veteran of the Brill Building era who at that time (1970) was the second most successful producer in the US (the most successful was Norman Whitfield!). The pair recorded thirteen tracks and two singles were eventually released – ‘Haunted’/’Nothing Is Forever’ and ‘I Believe In You’/’Someone Who Cares’. Neither had any chart success and Dusty’s manager extricated her from her Atlantic contract and inked a deal with ABC/Dunhill. Hardly surprising then that the third album was shelved.

Over the years odd tracks from the Springfield/Barry sessions have surfaced – most on the 1999 re-issue of ‘Dusty In Memphis’ but now the whole album has been re-assembled by Real Gone Music with reissue specialist, Jim Pierson gaining access to Jeff Barry’s master session mixdown tapes. The result is a magnificent ‘DUSTY SPRINGFIELD; FAITHFUL’ 13 tracker that adds even more weight to our original assertion.

Amongst the many highlights is ‘Nothing Is Forever’ – a classic Springfield ballad while the tender ‘Someone Who Cares’ almost rivals it. Outstanding too are two great covers – a version of Carole King’s ‘You’ve Got A Friend’ and what has to be the definitive reading of Bread/David Gates’ ‘Make It With You’. Barry creates a wonderful soundscape and I contend that Dusty has never sounded better.

This essential album is out now and comes complete with an extensive essay and a collection of rarely-seen photographs of Dusty. Reissue of the year, so far!