DURAND JONES: WORKING IT OUT… 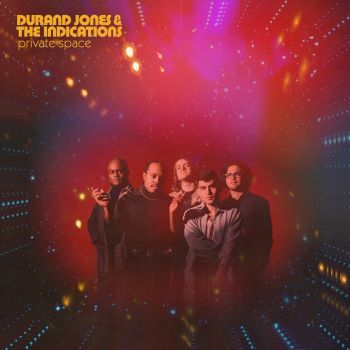 As previously reported indie soul heroes DURAND JONES and the INDICATIONS will be releasing a new album, ‘Private Space’ on July 30 via Dead Oceans in association with Colemine Records.  Sneak previews reveal that ‘Private Space’ is every bit as good as their 2019 breakthrough, ‘American Love Call’ which was hailed as one of THE albums of that year.  With repeated plays, the new set sounds all set to be acclaimed as one of the great soul albums of 2021. You see the band, rather than sit on their collective laurels and simply offer more of the same,  have evolved their sound to offer a few new flavours and the odd surprise without sacrificing any of the soulfulness or their respectful love of soul’s rich heritage.

That one fact was apparent on ‘Private Space’s first single… the quirky and catchy ‘Witchoo’ which featured  drummer Aaron Frazer’s thrilling falsetto lead. Now Durand and the boys have just released the album’s second single… ‘Love Will Work It Out’. The song is actually the LP’s first track and it’s a gorgeous scene setter. Durand Jones takes the lead over a mellow, lush backing track and full-on harmonies from the rest of the band. Crystaline vibes add intrigue.

Full review of ‘Private Space’ here @SJF very soon. In the meantime, enjoy ‘Love Will Work It Out’.