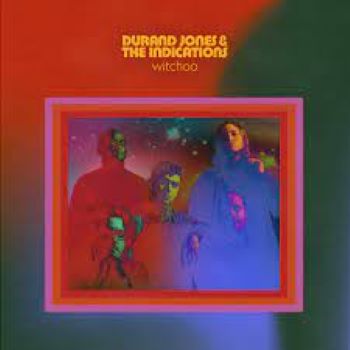 Underground indie soul heroes DURAND JONES and the INDICATIONS have announced that they have a new long player on the way. We believe that the new album will be called ‘Private Space’ and is set for  release on July 30 on Dead Oceans in association with Colemine Records.

In the meantime, the band are gearing up to release the set’s first single – a catchy, pacey ‘Witchoo’ which might surprise some of the band’s fans. ‘Witchoo’ channels a sound that veers towards synth-led disco. Lead vocal comes courtesy of drummer Aaron Frazer and those familiar with the band’s two albums know he possesses a thrilling, trilling falsetto which is used to excellent  effect on ‘ ‘Witchoo’. For sure, it’s unusual (in the context of the band) but it still has a classic soul undertow – just delivered with a modern twist.

Drummer/vocalist Frazer says of the new music: “We spent a lot of the last year separated from each other, stuck in our separate boxes. It was tough in so many ways, but it also shook us out of our rhythm and allowed us to look inward and experiment with different sounds and new approaches to our songwriting. When we finally met back up in Bloomington to write as a unit, it was a great reminder that together we’re able to create music that can defy era or genre. This is not a revival; it’s new, it’s alive and we can’t wait to show you.”