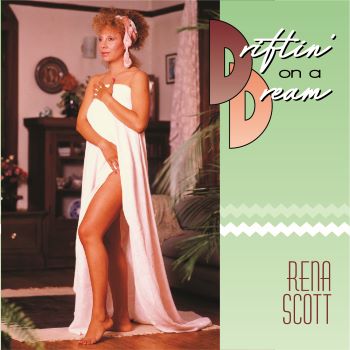 The soul cognoscenti will be aware of US soulstress RENA SCOTT. They’ll know her lovely version of Maze’s ‘Joy and Pain’; they’ll know she’s had a couple of her cuts gracing ‘Soul Togetherness’ compilations and, more recently, she’s worked with Cool Million.

They also might know that she replaced Randy Crawford as vocalist with the Crusaders and with that venerable band behind her she recorded a song she’d written with Skip Scarborough back in 1982. It was called ‘Driftin’ On A Dream’. For reasons never best explained, the song was never released, though Crusaders’ sax man Wilton Felder did put an instrumental version of it on his ‘Gentle Fire’ LP.

Think it was Lou Rawls who sang “all things in time” so now Rena’s lovely ‘Driftin’ On A Dream,’ finally wins a vinyl release courtesy of Izipho Records and we need to say the wait was absolutely worth it. The cut is a gentle mid-tempo, soulful/jazzy, laid back groove with classic Crusaders’ backing – Joe Sample’s keys are a real treat.

The single’s B side is another unreleased Rena track – 1995’s ‘Kickin’ It With You’ – a sultry, Quiet Storm affair.

‘Driftin’ On A Dream’/ ‘Kickin’ It With You’ is released on limited edition vinyl in picture sleeve on October 30th on Izipho Records.