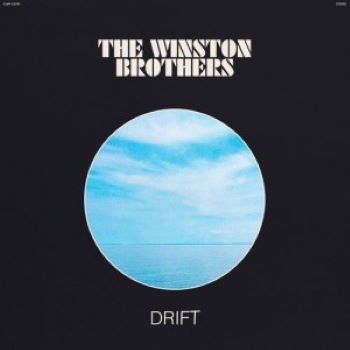 Like many similarly named bands, Germany’s THE WINSTON BROTHERS aren’t actually brothers. At the core of the “brothers” are multi-instrumentalist Sebastian Nagel, and drummer/percussionist Lucas Kocjbeck and between them they’ve worked with bands like the Mighty Mocambos and the Hamburg Spinners. The duo were brought together by their  love of old school funk  and they offer their  take on the genre with their first  full length album, ‘Drift’.

The 11 tracker is a full on instrumental set. The funk is relentless – heavy drumming, deep bass lines and plenty of raw energy – all captured (you guessed!) in analogue. ‘Metering’ will give you the flavour – yes, the inspiration is New Orleans funk meisters, the Meters. The vibes-led ‘Brothers Strut’ is another album highlight. It has a Northern soul feel – maybe a bit too heavy for the faint-hearted, but if this was played, covered up, on vinyl at a Northern “do” and passed off as a lost 60s artefact from some unknown American studio, you’d just about get away with it!

Yep, the music of the Winston boys is steeped in old school tradition but with just a twist of the modern. Might we once again use the word “retrophile”.