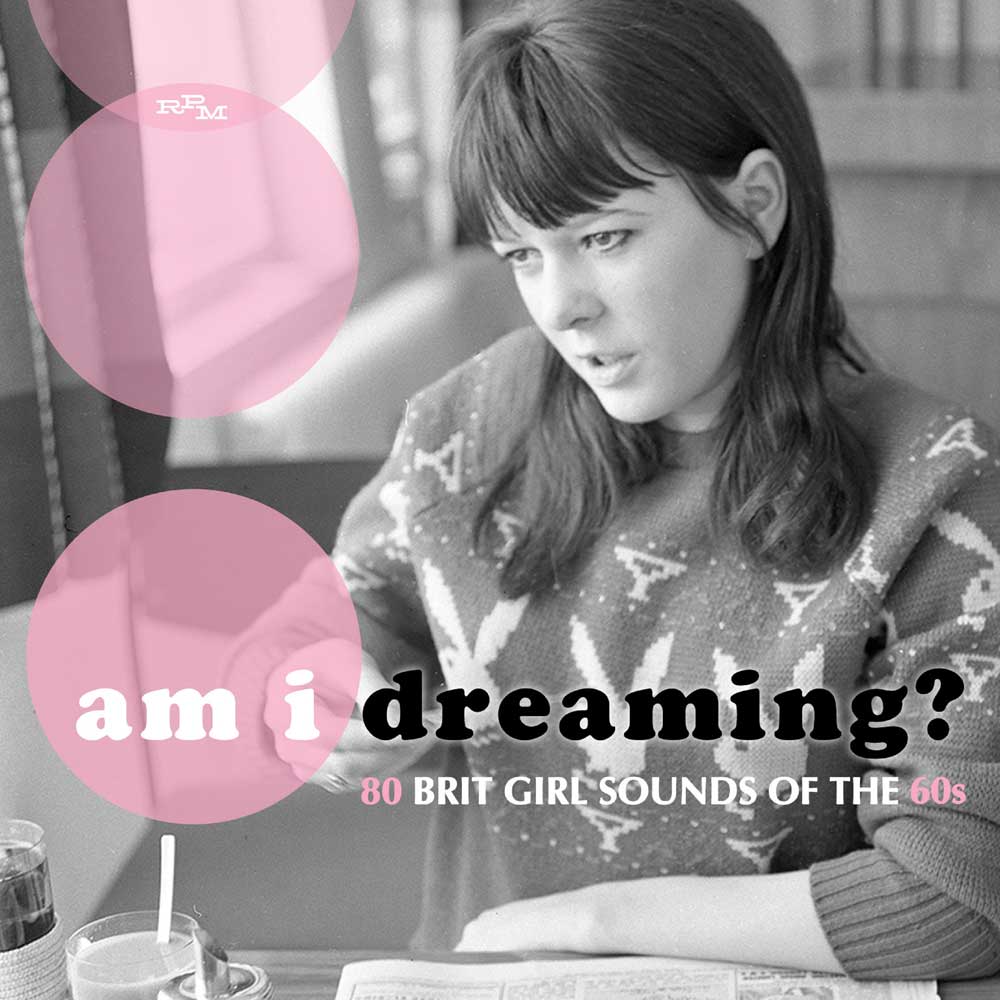 ‘AM I DREAMING?’ is the title of a wonderful, new 3 CD, 80 track compilation that looks at the British girl pop sound of the 60s. The music spans all kinds of genres, sounds and styles but, inevitably, there’s plenty in the mix to interest serious soul collectors.

First up, being the 60s you get lots and lots of covers. So enjoy Sue and Sunshine’s take of Alder Ray’s ‘A Little Love’, Cilla Black’s version of Arthur Alexander’s ‘Shot Of Rhythm And Blues’ and Martha and the Vandellas’ ‘Heatwave’, Louise Cordet’s spin on Mary Wells’ ‘Two Lovers’ or Elkie Brooks’ reading of Etta James’ ‘Something’s Got A Hold On Me’. Then there’s music from home grown soul singers – relative unknowns like Squibby and the Reflections (the only UK act to have a release on CBS soul subsidiary, Direction) and Kim Davis alongside bigger names like Maxine Nightingale, Kiki Dee and dear old Dusty Springfield.

‘AM I DREAMING?’ is out now on RPM Records