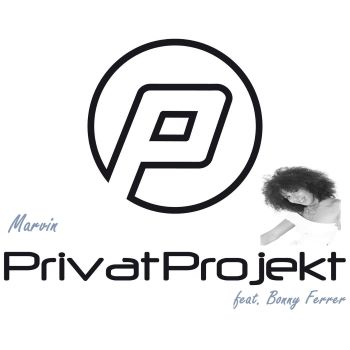 Since his tragic murder in 1984, the influence and presence of Marvin Gaye has constantly permeated and influenced soul’s trajectory. Over the years there have been countless tributes and homages to him while his songs have been covered countless times across all kinds of genres

Latest artists to feel the pull of Gaye is German band PRIVATPROJEKT (their spelling, by the way). They hail from Hamburg and the collective is led by MICHEL RECKHARD. Herr Reckhard is a multi-tasker…. he plays synthesizers, keyboards, drums, and percussion; he’s also adept at programming and song writing but he tells us that a while back he had an odd but very viivid dream about Marvin Gaye. He says, in the dream he was sitting in a bar with Marvin and they talked about the world situation and his ‘What’s Going On’ song which was playing in the background.

That dream eventually encouraged Michel to pluck up the courage to create his own Gaye homage and the song, simply called ‘Marvin’ will be good to go from December 15th. Vocals come courtesy of Bonny Ferrer who tackles the song with real depth and emotion. Musically there is a feel of Gaye’s music about it; the lyrics opine that we need “Brother” Marvin here with us today while songs like ‘What’s Going On’ and ‘Mercy Mercy Me’ are name checked throughout.