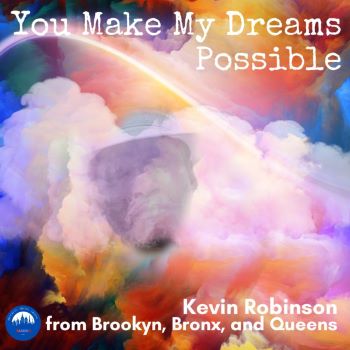 The famous  BB&Q BAND, it seems, are still going strong, though now they seem to prefer to simply “BBANDQ” (Brooklyn, the Bronx and Queens ,where the original musicians came from, of course) .

It’s been a little over forty year since what was then a studio band released their seminal album ‘All Night Long’. To mark the anniversary, this February sometime band members  Kevin Robinson, Tony Bridges, and Bernard Davis released a sweet single, ‘I Can’t Stop Dancing’. We were told that the single was  from an imminent album, ‘The Legacy; which we believe has just been released.

Helping promote the album is a fresh single, ‘You Make My Dreams Possible. It’s a bright , gentle dance workout that was written  and produced by Kevin Robinson and features Robinson on all vocals, bass guitar, drum programming, guitars, and keyboards, along with Lenny Underwood on keyboards, Ralph Vargas on percussion, and Vincent Henry on saxophone.

KEVIN ROBINSON FROM BROOKLYN, THE BRONX AND QUEENS: You Make My Dreams Possible out now.