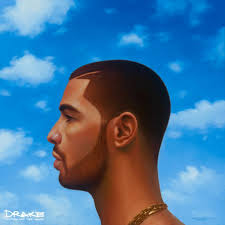 Canadian rapper DRAKE certainly doesn’t need a leg up from this soul-centric web site. His latest album, ‘Nothing Was The Same’ is selling by the bucket load and has enjoyed widespread critical acclaim from the hip-hop community. The catchcy single ‘Hold On, We’re Going Home’ is also burning up the relevant charts and – some might say surprisingly – winning favour amongst broad minded soul folk.

It’s easy to hear why. The song is a crisp, contemporary beater with vocal input from Drake’s protégé, Majid Jordan. Listen hard and you might hear an echo of Marvin Gaye. Hardly surprising since after picking up his 2013 Grammy Drake admitted that he was heavily influenced by soul’s “Trouble Man” – particularly his ‘Here My Dear’ album and the rapper went on to do much of the preparatory work for the album in Gaye’s old studio, Marvin’s Room in Los Angeles.

Both ‘Nothing Was The Same’ and ‘Hold On We’re Going Home’ are out now.