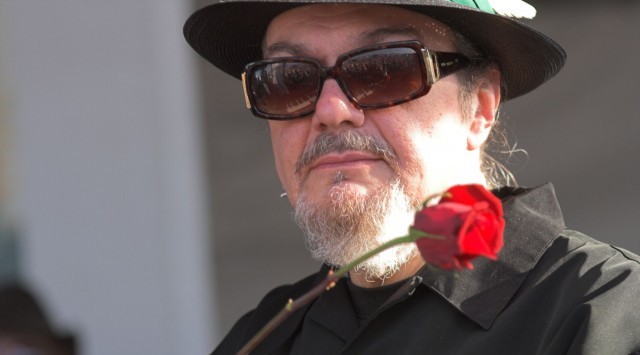 Bastion of New Orleans music DR JOHN died yesterday, 6th June. He was 77 and died after a heart attack. Born Malcolm John Rebennack in New Orleans, John was a Grammy winner and inductee of the Rock and Roll Hall of Fame. A family statement said: “Towards the break of day June 6, iconic music legend Malcolm John Rebennack, Jr, known as Dr John, passed away of a heart attack. He played a unique blend of music which carried his hometown, New Orleans, at its heart, as it was always in his heart.” That “unique blend” crossed genres… blues, pop, jazz, soul, boogie woogie, rock and roll and more. In many ways that was his special attraction – he was unique – a music one off.

The biographies tell us that John inherited his love of making music from his father who ran a store that sold – amongst other things – records. He began playing guitar but changed to piano after being shot in a 1960 altercation but his skills were such that he was hired by Phil Spector as part of the famed “Wrecking Crew”. From there he went onto work with people like Aretha Franklin, Van Morrison, Cher, Frank Zappa and dozens more music legends.

In the late 60s he morphed into “Dr John” – his musical alter ego based on a New Orleans voodoo priest and his 1968 ‘Gris Gris’ LP won critical acclaim for its blend of New Oreland funk, jazz, blues and psychedelia. He recorded prolifically both as a solo artist and as an in-demand session player. He successfully battled heroin induction and he won his last Grammy in 2012 for the album ‘Locked Down’. Many saw it as a work of (at least) semi-autobiography…. he had been jailed for drugs offences.

Dr John had been married twice and he once admitted to having fathered “lots of children“.