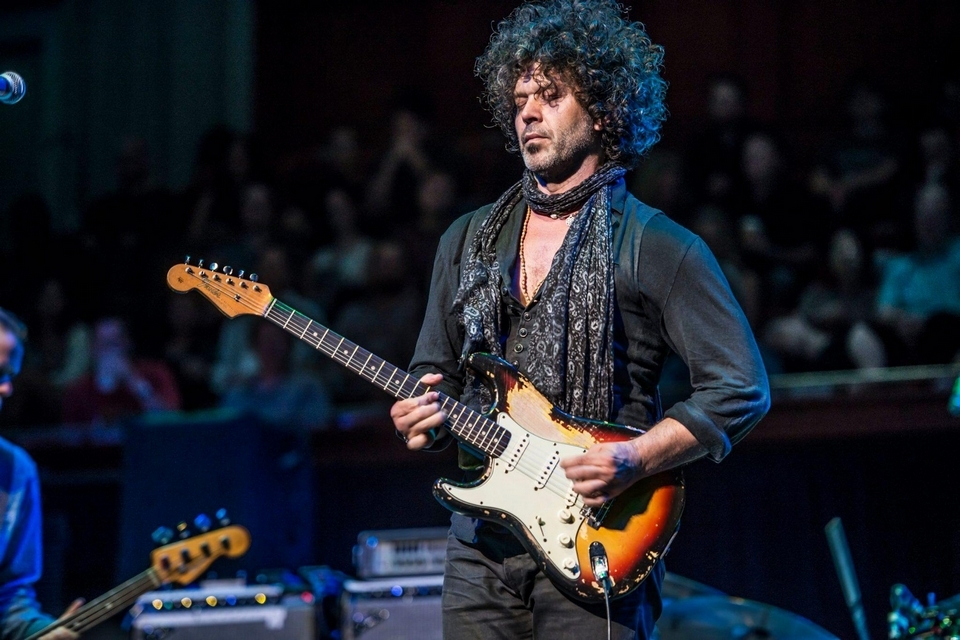 It’s no exaggeration to state that well-connected soulful blues-rock troubadour, DOYLE BRAMHALL II, has performed with the great and good of the music world – to date, his sideman credits range from performing alongside esteemed R&B artists such as Bettye Lavette, Allen Toussaint, Erykah Badu, and Meshell Ndegeocello,  to blues-rock royalty like B.B. King and Eric Clapton plus Sheryl Crow, the Tedeschi Trucks Band and Pink Floyd’s Roger Waters.

The 48-year-old Dallas born musician – who was once married to ex-Prince cohort, Susannah Melvoin, of The Family/f-Deluxe fame – released his first solo album in 1994 and now has a new long player, his fourth, ready for release. It’s called ‘Rich Man’ and features a vocal cameo from Norah Jones as well as the legendary James Gadson on drums.

Between May 22nd and May 25th Bramhall will be supporting ERIC CLAPTON at the guitar maestro’s sold-out Royal Albert Hall shows. He also has his own headline gig at London’s Under The Bridge in London on Saturday May 27th