DOWN TO SOUL TOWN 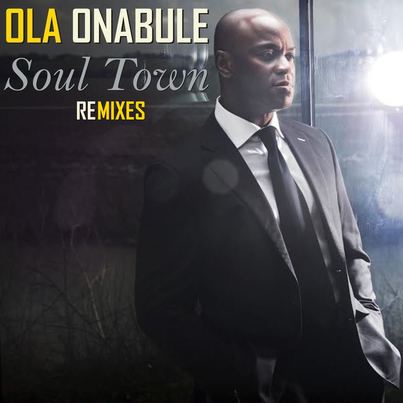 One of Brit soul’s most enduring tunes is ‘Soul Town’, the signature song of one of Brit’ soul’s most enduring artists, OLA ONABULE. Released in 2005 and the stand out on Ola’s fifth long player, it’s remained a soul radio staple and a permanent fixture in the singer’s live shows. Indeed Ola usually ends his shows with the song and lovers of the tune will be delighted to know that the anthem has just been given a 2015 makeover courtesy of DSG Music and master remixer, Nigel Lowis.

The new version takes the tempo up just a shade so that the beats are perfect for the modern soul scene while the swirling backing track adds a Philly style garnish to proceedings. ‘Soul Town 2015’ is all set to become one of THE anthems of 2015.

In the meantime Ola is putting the finishing touches to his 8th album ‘It’s The Peace That Deafens’ but you will be able to enjoy the remixed ‘Soul Town’ from April 13th when it’s released on DSG Music.