DOWN ON THE FARM! 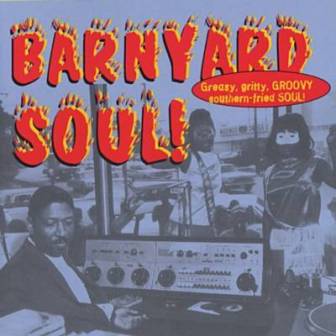 ‘Barnyard Soul’ is the A side to the latest 7″ from SOUL JUNCTION RECORDS. It’s credited to ROSCOE AND FRIENDS and is a follow up of sorts to a 2018 Soul Junction release – ‘Broadway Sissy’ – Roscoe’s best known outing.

Roscoe is Roscoe Bowie Jr – a Washington-based jazz and session horn player who recorded for the Tec label in his own right…. usually when artists didn’t show up for booked-in sessions. That was the case for ‘Broadway Sissy – recorded in studio downtime. In fact ‘Barnyard Soul’ was the official A side to ‘Sissy’ but demand for the loose and funky ‘Barnyard Soul’ meant that Soul Junction had little option other than to license and release it.

The tune is more a groove than a song – a sort of cross between Rufus Thomas and Dyke and the Blazers- but none the worse for that! The single offers two instrumentals on the B side…. a fast and furious version of ‘watermelon Man’ and ‘Do Watcha Know’ – a brassy, funky jam!

ROSCOE AND FRIENDS’ Barnyard Soul – out May 13, Soul Junction Records.