DOWN AT THE CLUB… 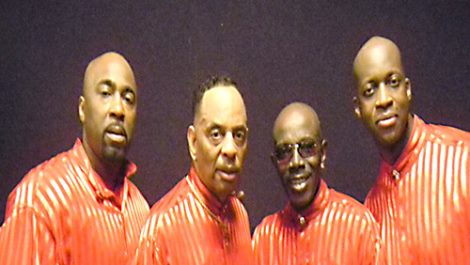 The Rhino/Music Club link up continues to churn out soul goodies at an excellent price. Their latest release is a 2CD, 34 tracker on Philly super group THE TRAMMPS. The group, fronted by the soulful JIMMY ELLIS, grew out of 60s band THE VOLCANOS who eventually morphed into THE MOODS before, in ’73, becoming THE TRAMMPS. By then their line up also included Philadelphia super sessioneers NORMAN HARRIS and EARL YOUNG – whose drumming style was to go on to define the sound of soulful disco.

The album contains all you’ll ever really need on the group – there’s the sublime ‘Holdback The Night’, the catchy ‘Trammps Disco Theme’, the quirky ‘Zing Went The Strings Of My Heart’, the anthemic ‘Disco Inferno’ and much, much more. Throughout, the rhythms pound and JIMMY ELLIS’ joyous, booming vocals prove that disco could be soulful too. ELLIS, of course, died in March of this year and poignantly the album is dedicated to his memory – a sadly underrated soul man.

Rhino/Music Club have also just issued a 40 track retrospective on then husband and wife team SONNY AND CHER. Expect lots and lots of classic 60s pop – great songs (including lots of soul covers), and big Spector-esque productions … a must for 60s collectors.