DOWN AT THE CLUB! 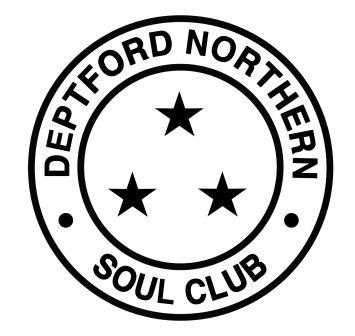 The savvy UK soul crowd will have noticed a new(ish) name on the block over the last few years…. THE DEPTFORD NORTHERN SOUL CLUB. Founded three years ago by Will Foot and Lewis Henderson, their aim was to establish credible soul nights across the UK. The first one took place in Deptford (no coincidence, also the location of Dave Godin’s famous and first Soul City record shop), hence, I’m guessing, the name. The team have now held nights across the country and even played out at Glastonbury.

After three very busy years, the Deptfords have launched their own label and the debut 7″ vinyl release pairs two classic and ultra rare Northern tunes… LESTER TIPTON’S ‘This Won’t Change’ b/w EDWARD HAMILTON AND THE ARABIANS’ ‘Baby Don’t You Weep’. The former is Tipton’s only ever release and original copies now fetch $5,000! ‘This Won’t Change’ was recorded in Detroit in 1966 and after it failed to ignite Tipton and his twin sister decamped to California to work in fashion and films. Sadly he was murdered in 1982 never knowing that his only recording was to become a massive favourite on the European Northern  soul scene! The latter cut was originally released in 1967 on Mary Jane Records (an imprint of La Beat Records) and is another quality stomper…maybe a tad more melodic than the Tipton tune (though “melodic” probably isn’t the right word when we’re talking about raw, organic Detroit originated, Northern soul!)

The disc is available now and you can learn more @ www.deptfordnorthernsoulclub.co.uk