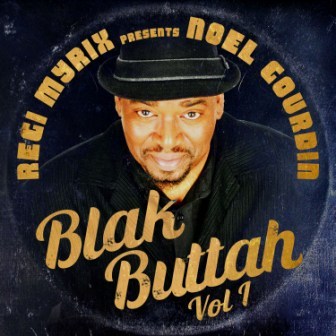 Earlier this year the modern soul world was in thrall to a delightful collaboration between music biz entrepreneur REGI MYRIX and soul man NOEL GOURDIN. The single featured two top sides – an easy on the ear ‘Low Down’ with a 90’s flavoured ‘Lovin’ Up’.

The parent 7 tracks EP has just been released under the title BLAK BUTTAH VOL. 1 and it contains plenty more soul, goodies – notably the irresistible ‘Step Into Love’, which, as the title suggests, is a steppers tune – but a rather superior one. There’s an extended mix of the song doing the rounds – perfect for the club DJs.

Other highlights include the mid tempo, jazzy ‘Change’ and the late night jam that is ‘Touchin”, but, honest, there are no duds here!

Noel says: “I always know when I get music from Regi that it’s gonna be legit, REAL, and something you will want to put your voice on! From the fan standpoint, it’s much better to have more music in the industry from Regi Myrix than less!”