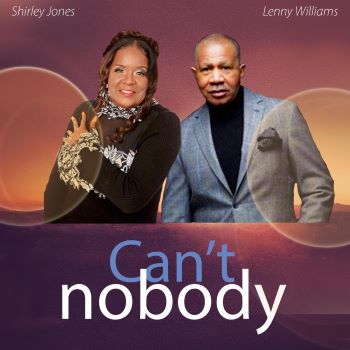 Fans of evergreen soul man LENNY WILLIAMS will probably know and love his song ‘Can’t Nobody Do Me Like You’. He’s recorded it a couple of times in the noughties and it’s cropped up on a few of his albums over the years.

Seems Lenny really loves that song ‘cos he’s just released a new version with a slightly abridged title – ‘Can’t Nobody’  – alongside a few other little changes. But to make the recording really special he’s drafted in another soul legend to help him deliver the convincing, southern flavoured groove… none other than SHIRLEY JONES (last surviving member if the Jones Girls)!

The pairing really works – each one  bringing out the soulful best in the other as they relate how two people come to realize that no matter how many others may enter their lives, they always come back to each other. It’s sweet and soulful but never sentimental – adult soul if you would and proof that in the real soul game there’s no substitute for life experience.