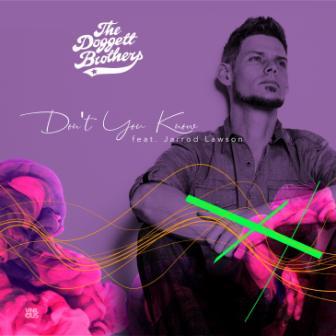 Back in August we were delighted to learn that everybody’s favourite East Anglian soul boys, THE DOGGETT BROTHERS (Greg and Carl) were working on a new album…. to be called ‘Get High’. The ten tracker is set for UK release at the end of September and they announced its imminent arrival with the release of the title track as a single. It’s a great little mover with a fab vocal from Nate James and served as a wonderful hors’d’oeuvre for the LP.

Well, the album will shortly be with us but as a little extra teaser, the Doggetts have just released another single from the set….. a gorgeous ballad, ‘Don’t You Know’ which features a slinky and sensual soulful vocal from Jarrod Lawson. With sweet strings and lashings of painful tenderness, it’s quite different from what we’ve come to expect from the Brothers D. Yes, we loved the ‘Colours’ ballad, ‘Two In My Life’, but ‘Don’t You Know’ is something quite special … haunting and emotion-tugging… proper soul music!