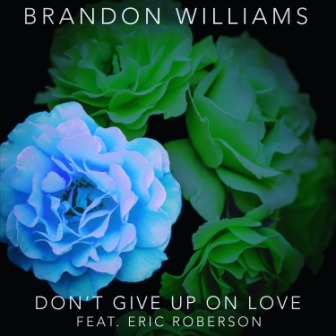 BRANDON WILLIAMS is a US Grammy nominated musician and producer currently readying a new album – ‘The Love Factor’. As a taster (a really tasty one!) he’s just released the single ‘Don’t Give Up On Love’ which features an impeccable vocal from ERIC ROBERSON.

I guess you’d pigeon-hole the song under neo soul (Roberson, after all, is a master of the genre) but the song is much more structured and tighter than your average neo soul jam. Indeed many commentators are saying that ‘Don’t Give Up On Love’ is perfect for the Steppers scene. It’s certainly got that vibe!

Williams says: “I’ve known Eric (close to 20 years); a lot of people are really surprised that we haven’t worked together before now. I crafted the track for this song specifically for his voice and I’m really glad that we finally had a chance to craft something for the world to hear.”

‘Don’t Give Up On Love’ is available for the world to hear right now and it bodes well for the album!