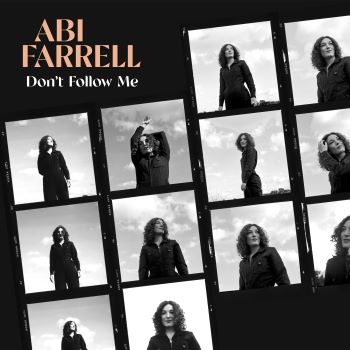 For the last year or so Oxfordshire-based, blue-eyed soulstress ABI FARRELL has made quite a name for herself via the singles ‘I Will See You Through’ and  ‘Empowered’. The former a sweet recreation of the classic girl group sound; the latter funkier altogether.

Abi now follows up with another superficially sweet sound, ‘Don’t Follow Me’. We say “superficially” because the message in the music is stark and serious … ‘Don’t Follow Me’, you see,  is a social commentary on misogyny and serves as a beacon of hope and defiance at a time of growing concerns about a culture of male violence. Abi says, “‘Don’t Follow Me’ was written to highlight the importance of joining the fight for gender equality and is dedicated to those who refuse to be silenced!”

I guess we could say that ‘Don’t Follow Me’ is like an iron fist in a velvet – a poppy, Brill Building sound with a real and important message. It’s released via AC Records on November 3rd… digitally and in vinyl.

Abi is also about to embark on a short tour.  Catch Abi live on the following dates: