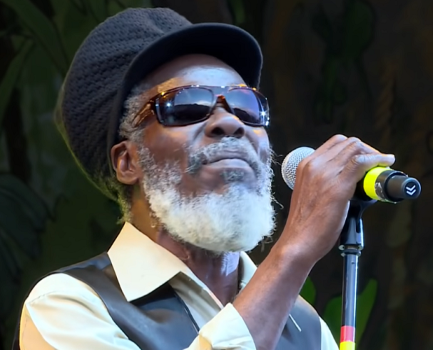 Though details are sketchy, it’s being reported that Jamaican singer DONALD “TABBY” SHAW  was shot dead in a drive by shooting on Tuesday 29th March. He was 67.

Shaw was a member of harmony group The Mighty Diamonds  and though not specifically “soul” they always acknowledged their key influences were groups like the Temptations and the Impressions. Formed  in 1969, the Diamonds melded their early soul leanings with the sound of rocksteady to forge their own unique and popular sound. One of their most famous songs was ‘Pass the Kouchie’ – a hit for the Mighty Diamonds and also for Musical Youth who changed the title to ‘Pass The Dutchie’.