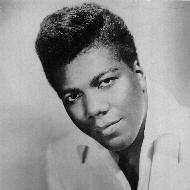 US news sources are reporting the death on Friday 30th January of pioneering soul man DON COVAY. He was 76. Few details are forthcoming but his death has been confirmed by a family friend.

Covay, born Donald Randolph in Orangeburg, South Carolina in 1938, is best remembered for his hits ‘See Saw, ‘Mercy Mercy’ and ‘Sookie Sookie’ but his achievements go way beyond those 60s solo successes.

The son of a Baptist minister, Covay began singing in church and after a move to Washington DC joined the Rainbows – a harmony outfit that, at times, counted Marvin Gaye and Billy Stewart amongst its members. After the Rainbows he joined Little Richard’s Revue and Mr Penniman had him record a song called ‘Bip Bop Bip’ as “Pretty Boy”. The record flopped as too did ‘Pony Time’ recorded as “Don Covay” for the Arnold label in 1960. However when Chubby Checker’s version of the song went to no. 1 Covay became an in-demand writer. Amongst his credits are – Solomon Burke’s ‘I’m Hanging Up My Heart for You’, Gladys Knight & The Pips’ ‘Letter Full of Tears’ and Aretha Franklin’s ‘Chain of Fools’.

In 1964 his career as a performer began to take off when ‘Mercy Mercy’ (credited to Don Covay and the Goodtimers … with Jimi Hendrix on guitar, by the way) charted. Signed to Atlantic, his biggest hit was to be ‘See Saw’ which he recorded at the Stax studios. He also recorded with other Atlantic artists (Solomon Burke, Arthur Conley, Ben E King and Joe Tex) as “The Soul Clan”. Their ‘Soul Meeting’ peaked at no. 34.

In the 70s Don moved over to Mercury where he recorded the acclaimed ‘Superdude’ in 1973. The LP spawned the hit ‘I Was Checkin’ Out While She Was Checkin’ In’; then in 1976 he recorded for Gamble and Huff at Philadelphia International.

As the hits dried up, Covay’s health deteriorated and in the early 1990s he suffered a stroke. An all star group – that included Iggy Pop, Jimmy Witherspoon, Bobby Womack, Robert Cray and Todd Rundgren – recorded a tribute album to raise funds for him and in 2000 he made a comeback of sorts with the album ‘Adlib’.

Never a major league soul star, Don Covay contributed much to the evolution of soul and his influence on other singers (notably a young Mick Jagger) is immeasurable.