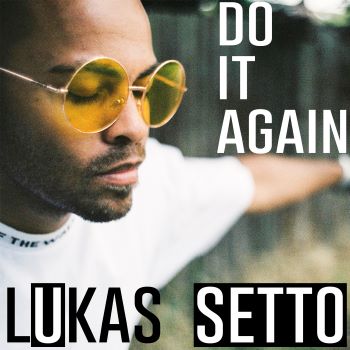 First, he was Lee Henry, then Jadan Lee and he’s also used the remixer moniker Tru Menace, but now young LUKAS SETTO is making quite a name for himself as just that! In his new guise he’s hit the soul charts with the lovely ‘What Turns You On’ and ‘OMG Oh My Gosh’. In fact, that first hit the top spot!

His last outing came in May when Lukas offered us his thoughts on ‘Lockdown’ – a lithe, mid-tempo soulful groove with a 90s flavour.

Next week Lukas is back with an equally tasty offering – ‘Do It Again’. The track’s been written and produced by Lukas and he’s so pleased to be able to use a sample from Omar’s ‘Nothing Like This’ as the intro loop. (Omar has been a supportive mentor for some time). The tune also features sweet double tracked harmonies atop a light Latin flavour – inspired by Lukas’ love of Spanish culture. It’s a good ‘un!