DO YOU WANT TO KNOW A SECRET? 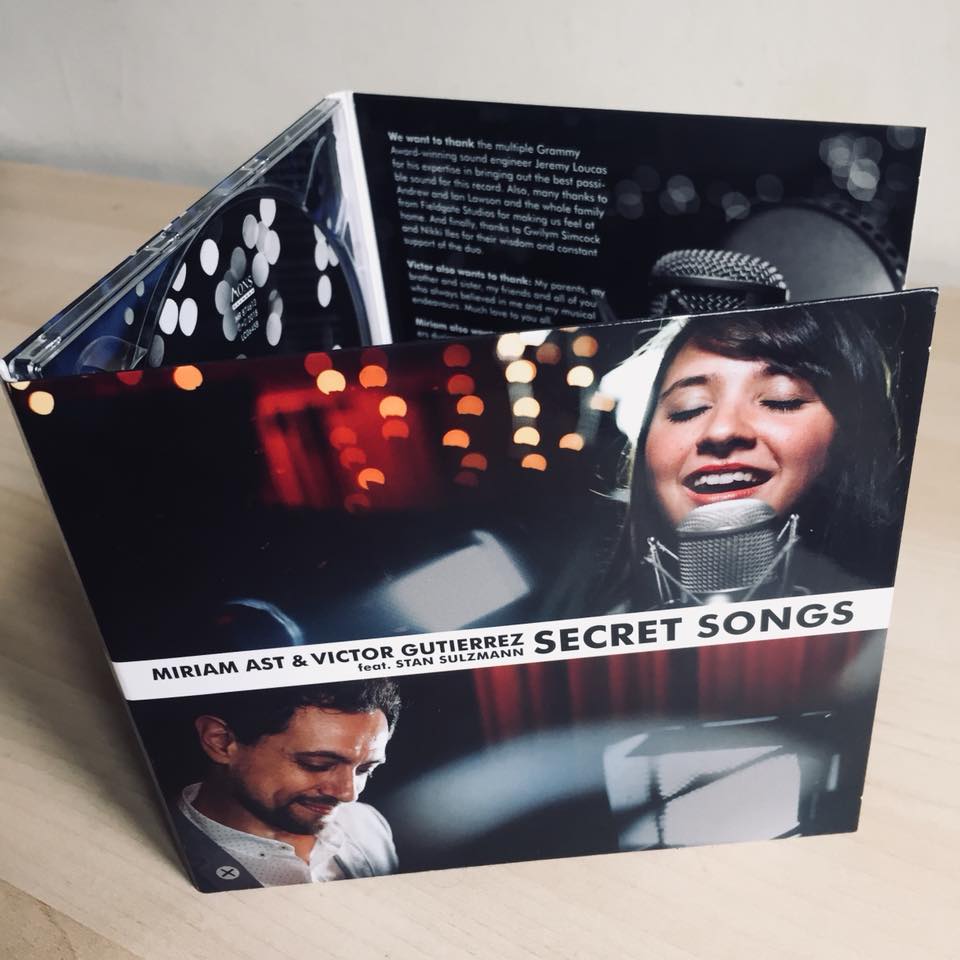 ‘Secret Songs’ is the new album from German jazz chanteuse MIRIAM AST. The ten tracker – a mix of originals and jazz standards, is a collaboration with Spanish born pianist, VICTOR GUTIERREZ.

Miriam, who cites amongst her influences Diana Krall, Sarah Vaughan and Kurt Elling, is a rising star on the European jazz circuit – the winner, indeed, in 2017 of the Bucharest International Jazz competition, while Berklee Music College music graduate, Victor has won a slew of awards and performed at prestigious venues world wide.

The pair first met during their studies at London’s Royal Academy of Music and finding a personal music chemistry, they began collaborating and ‘Secret Songs’ is the latest fruit. The album boasts six originals and four standards…. intriguing versions of ”Round Midnight’, ‘Alone Together’, ‘Night And Day’ and ‘The Song is You’. Throughout the album, Ast and Gutierrez are abetted by British sax man Stan Sulzmann whom jazz fans will know from his work with people like Gil Evans and Michael Brecker.