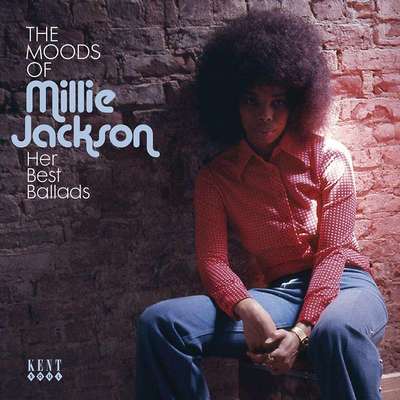 Way back in 2000, leading soul music writer DAVID NATHAN set up one of the fist specialist soul web sites – www.soulmusic.com . Using his experience and extensive network the site soon became an invaluable resource for serious soul collectors. In 2005 DAVID started a reissue label to tie in with the site and earlier this year the label was re-launched with a subtle name change – SOUL MUSIC RECORDS (it had previously carried the site name).

Over the last few months, the label has reissued a number of gems – proving that despite the name change, there’s been no let up in music quality. Amongst the best are THE MIRACLES’ two Columbia albums – 1977’s ‘Love Crazy’ and ’78’s ‘The Miracles’. After departing Motown, ‘Love Crazy’ was the group’s Columbia debut and featured BILLY GRIFFIN on lead vocals. The eponymous album also sees GRIFFIN out front and since it was only ever released in a limited quantity (and only in the Netherlands at that) it has long been a collectors’ item. Both albums appear on CD for the first time and the sleeve notes include illuminating comments on THE MIRACLES career (including group politics) from PETE MOORE and BILLY GRIFFIN.

More Motown alumni are featured on another pair of new Soul Music Records releases – they are THELMA HOUSTON and SYREETA. THELMA’S reissue is her 1972 eponymous Mowest long player. The new CD features the original 10 tracks (including the lovely ‘Blackberries’ and a great version of ‘Me And Bobby McGee’) along with 9 bonuses – amongst them ‘No One’s Gonna Be A Fool Forever’ and ‘I Want To Go Back There Again’. The SYREETA set is the 1977 Tamla album ‘One To One’. The reissue boasts just the original 8 LP tracks but collectors will want it since it’s only ever be on CD once before – and that Japanese issue has long been out of print.

A visit to www.soulmusic.com will give you all the relevant details on those albums and lots more besides. The site is also now the writing home for Motown historian and label expert SHARON DAVIS. SHARON has quit Blues and Soul to place her work within the authoritative and respected Nathan site and her regular Motown musings on www.soulmusic.com are not to be missed.