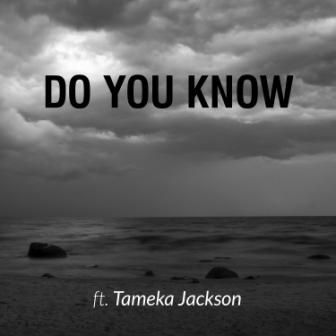 GEOFF WADDINGTON is a UK music producer based up in deepest, darkest Burnley – for Southern softies, that’s up North where connoisseurs really know their soul music… and Geoff is one such connoisseur! Maybe Geoff is best remembered for producing and putting together the ab fab ‘Soul And Heal’ album from Leonie Parker – one of Brit’s soul’s best long players – a cross between the sound of Drizabone and dear old Lisa Stansfield and many of Leonie’s tracks became modern soul room staples.

Then Geoff enjoyed plenty of support with his ‘Don’t Let The Moon’ and ‘In The Mood’ single which featured Debbie Sharp on the two Motown pastiches.

Now Geoff’s back with a new single the equally satisfying, ‘Do You Know’. It’s a proper old school sweet, Brit soul tune with crisp mid-tempo beats, a catchy hook, a lovely understated instrumental break and a soulful vocal from US soulstress Tameka Jackson. Geoff knew he had a good tune here and he knew that to do it full justice he needed a proper soul voice and in Minneapolis’ Ms Jackson, he’s found one! Don’t underestimate this tune…. it’s simple and sweet, but, believe me, it will creep up on you!