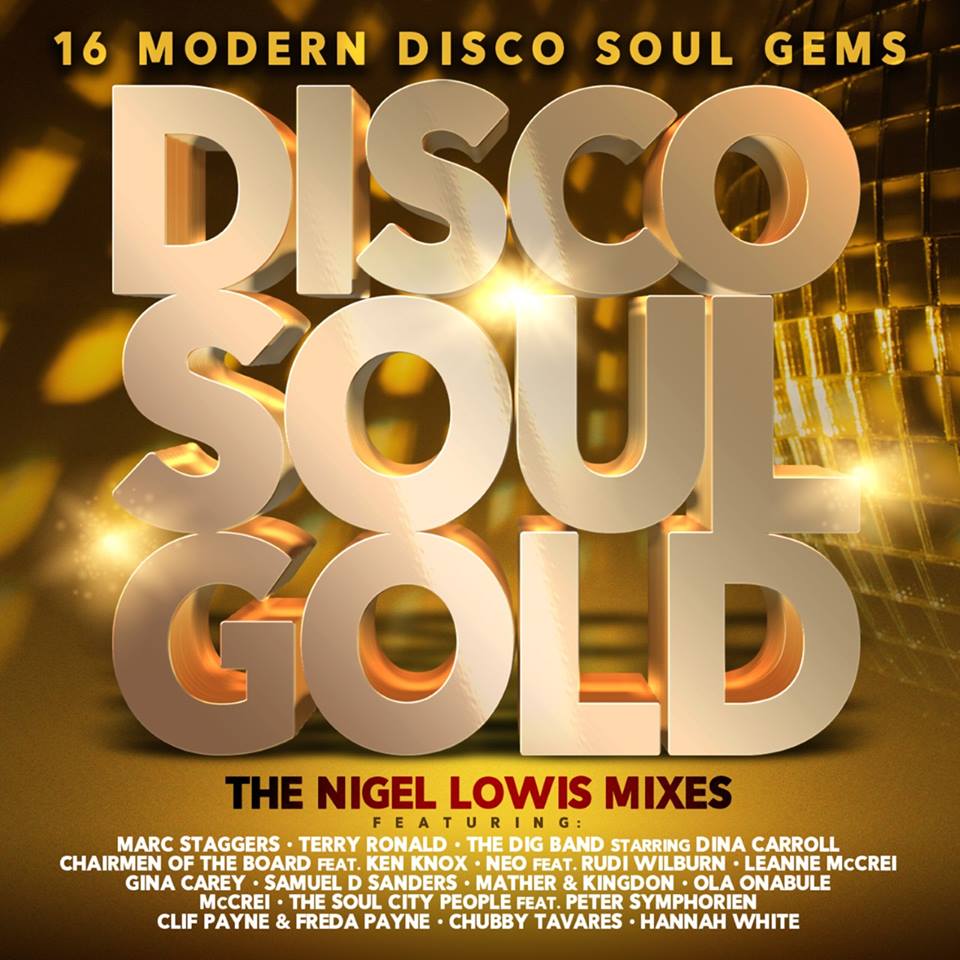 One of the big UK soul success stories over the last few years has been the rise and rise of DSG Records. The label is the brainchild of long-time soul entrepreneur GARY VAN DEN BUSSCHE and it began as a spin-off from his always lively and informative Disco Soul Gold web site.

The first releases on DSG were, I think, three years ago and since then DSG has gained a momentum all of its own garnering over 10 UK Soul #1 tracks and the same amount of top 3 UK Soul hits. Back in the day someone called Berry Gordy would have been very happy with that success rate!

To celebrate the success of the last three years, Gary and his team have today (27th October) released a fab 16 track long player that brings together some of the very best DSG output…. must have been a hard job with so much soul excellence to pick from!

To narrow down his selection problem, Gary has opted to pick 16 tracks that have all been remixed by one of the UK’s top mix wizards – Nigel Lowis. Nigel’s been at the top of his game for more years than he cares to remember and if you know his work you’ll know he has a penchant for the Philly sound and he’s perfected the uncanny knack of recreating that very special Philadelphia sweet soul magic.

Dip in anywhere on ‘DISCO SOUL GOLD The Album’ and you’ll hear that very unique sound – definitely retro but with a respectful contemporary edge. Highlights abound but right now we’re loving Marc Staggers’ slowed down version of the Motown classic ‘This Old Heart Of Mine’. Staggers, of course, is known for his remarkable Vandross style delivery and here he absolutely nails the H-D-H classics. It’s right up there with the way the great Lamont Dozier recreated his songs in the 80s and 90s.

Followers of DSG will know that the label is keen to promote UK talent too and there’s plenty of Brit soul excellence here… try the remix of Ola Onabule’s wonderful ‘Soul Town’ or Leanne McCrae’s ‘Stay A Little Longer’ – a classy Whitney-esque slab of pop/soul. Then there’s Peter Symphorien’s epic ‘State Of Mind’ – as near to the classic Philly sound as you’ll ever get…. and to think that 18 months ago Pete was a pub singer, picking up what work he could! Good on Gary and team for discovering him…. who knows what the next three years will turn up?