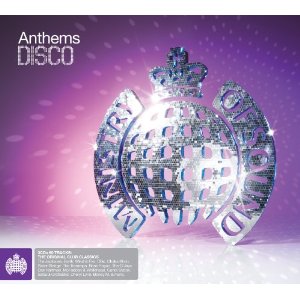 A few years back Harmless Records launched a brave new series of Disco compilations. Brave, because the compilers eschewed the usual suspects and dug deep to find the real treasures that properly defined the heart and the soul of disco. As important was the fact that the label wanted to treat the releases seriously, not in the throwaway way that most labels treated their dabbles into the phenomenon. So, all the albums in the DISCO DISCHARGE series were packed and presented lavishly and were properly annotated with worthwhile and eminently readable sleeve notes.

February sees HARMLESS unleash the latest tranche of DISCO DISCHARGE albums – four in total – and all true to the original concept. The themed albums are ‘Disco Fever USA’, ‘Mondo Disco’, ‘Euro Beats’ and ‘Cruising The Beats’. The titles are self-explanatory and each double album is free standing. What links them together is the quality of the music. All the tunes are from the 70s and the first half of the 80s and all the cuts are either 12″ mixes or the long album version of the particular song.

Some cuts, like PATRICK JUVET’S ‘Got A Feeling’ and VOYAGE’S ‘Souvenirs’ , appear on CD for the very first time while the series boasts dozens of rare and eminently collectable tunes – like the TOM MOULTON mix of CLAUDIA BARRY’S ‘Why Must A Girl Like Me’. There’s also plenty of oddities – RAQUEL WELCH’S ‘This Girl’s Back In Town’ and JOHNNY MATHIS’ ‘Begin The Beguine’ for starters – but sequenced alongside music from the likes of TEDDY PENDERGRASS and CISSY HOUSTON it only serves to underline what a magical and infectious hotch potch real disco was.