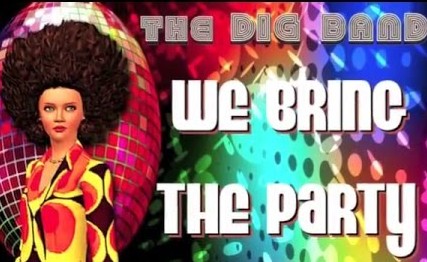 DINA CARROLL was big, big star in the 90s and over the New Year period her classic ‘The Perfect Year’ was again (as it always is) a mainstream radio mainstay. For the past few years Dina’s been happy to chill – polishing her numerous awards, honours and accolades!

Recently though Dina’s been tempted out of semi-retirement by one time collaborator NIGEL LOWIS. Nigel worked with Dina on her debut million selling album and for the last 18 months or so he’s enjoyed a renaissance himself – producing and remixing all kinds of modern soul classics.

Nigel’s just put together a new outfit, THE DIG BAND, and they’re working on an album – to be called ‘Soul City People’ and when he needed a big and soulful voice to front the first single – a call to the floor called ‘We Bring The Party’ – he thought straight away of dear old Dina.

She agreed and the result of the collaboration hits the sales racks on January 29th courtesy of DSG Records.

‘We Bring The Party’ is already getting loads of attention – on radio and in the clubs – and easy to hear why. The tune’s big and optimistic … disco for the 21st century with hints of Daft Punk and Chic. Dina’s in fine form – her voice has lost none of the passion while BVs are provided by UK newcomers McCrei… a great recipe for 2016’s first big floor filler.