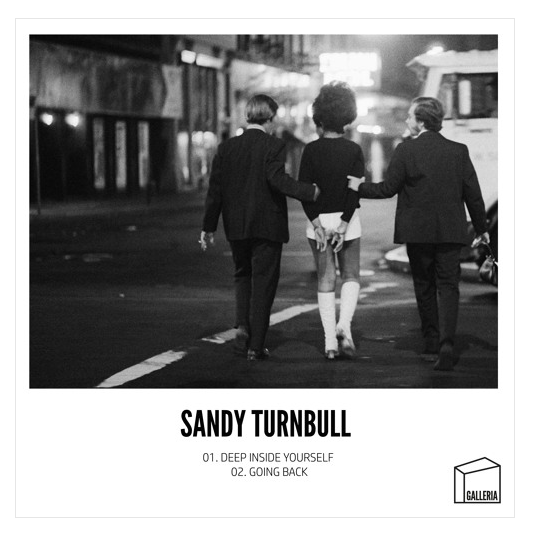 SANDY TURNBULL is a UK house DJ/mixer/producer who runs his own Galleria label famed in Soulful House circles for releasing a cover of Teddy Pendegrass’ ‘You Can’t Hide From Yourself’ from The Lewis Project. Sandy’s most recent releases include ‘Lifted / ‘The Musica’ (featuring a George McRae’s ‘I Get Lifted’ rework) and now he gets into his 2017 stride with two, new tunes….’Deep Inside Yourself’ and ‘Going Back’. The former is a throwback to the great days of underground House… big beats, grumbling bass, spaced out effects, a cool female vocal hook and don’t forget that obligatory cowbell. The latter is more of a slow burn of a tune but the groove’s still there – peppered with eclectic vocal sampling!

‘Deep Inside Yourself / Going Back’ will be released on Traxsource promo 27th January / Full release 13th February 2017.