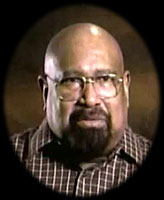 DICK GRIFFEY – legendary soul music entrepreneur – died on Friday 24 September in Los Angeles from the complications of quadruple heart surgery. Musically GRIFFEY was best known as the CEO of Solar Records. He was the manager and producer who made SHALAMAR, THE WHISPERS, LAKESIDE, DYNASTY and many more into star names. Once famously described as “being the BERRY GORDY of the disco funk era“, he was a real music pioneer.

GRIFFEY will be remembered for much more than that though … for the last 10 years of his life he lived in West Africa and was involved in commodities, international trade and humanitarian causes.

Widow CARRIE LUCAS GRIFFEY said, “We walked these last steps with him and held him close.  But all who knew him understood he belonged to the world. He acknowledged failures but rejected defeat. The doors he helped open, he reached back to bring others with him. He loved life and people. He did a hard day’s work and expected the same from those around him. We celebrate his ‘going home’.”