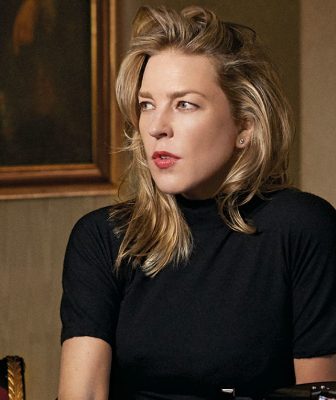 Multi-Grammy-winning vocalist and pianist DIANA KRALL will release a new album, ‘This Dream Of You’, on Verve Records on September 25th.  The music was recorded back in 2016 and 2017 under the aegis of Krall’s long-time creative partner, Tommy LiPuma. It seems that the music was put on ice after Lipuma’s death in 2017.

The album features Krall in a quartet with long-time colleagues, John Clayton, Jeff Hamilton and Anthony Wilson on ‘Almost Like Being In Love’ and ‘That’s All”’, as well as a in a trio format with Christian McBride and Russell Malone who play on ‘Autumn in New York’ and ‘There’s No You’. There’s also a two hander…. ‘I Wished On The Moon’ with  Krall and bassist, John Clayton whilst on ‘More Than You Know’ and ‘Don’t Smoke In Bed’ the piano parts are taken by Alan Broadbent. Other players on the album include guitarist, Marc Ribot, Stuart Duncan (fiddle) and a rhythm section of Tony Garnier on bass and Karriem Riggins on drums. On the Bob Dylan song, This Dream Of You’ Randall Krall plays accordion.

The first single from the album, ‘How Deep Is The Ocean’ – a reimagining of the Irving Berlin classic – is released next week.