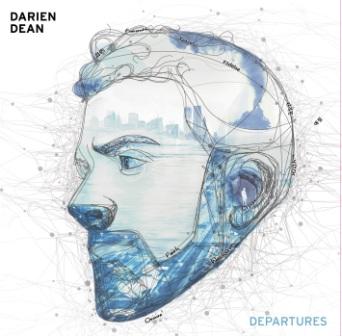 DARIEN DEAN is an indie soul singer who hails from Mount Vernon, New York. He first came to our attention way back in 2009 with his album ‘If These Walls Could Talk’. From it the lovely light dancer ‘Just Can’t Wait’ won young Darien (that’s how he was billed back then, by the way) lots of friends in the modern soul community.

After that he took lead vocals on Reel People’s ‘Alibi – a worldwide dance hit and then he joined Angela Johnson on her still lovely ballad ‘All In Me’ (we recommend you check that one out!).

At that time, Darien’s team told us that he was working on an ambitious project of his own … a 3 CD album entitled ‘Notes From The Journey’, well after a spell of waiting Darien is all set to launch the first of those three CDs…. a 9 tracker ‘DEPARTURES’.

Produced by Mary J Blige collaborator, Herb Middleton, one of ‘Departures’ selling points is the presence of Ms Avery*Sunshine. She has her own album out at the moment of course (review here very soon) but she found time to join Darien on ‘Someone Is You’. It’s a fab Stevie Wonder flavoured beater. It also comes in a “Shawn’s Revenge” mix and there’s not a lot to choose between the versions. The “Wonder-man” is also referenced on the aptly name ‘Wonders’, though elsewhere others might suggest Donny Hathaway as a major influence on Mr Dean.

Amongst the other highlights here are the soul-fuelled ‘Harmless’ and the beautiful beat ballad, ‘Find Away’. Given a choice I’d pass on the electro beater ‘All I Ask’ but its inclusion is more than made up for by plenty of excellent contemporary soul grooves.

DARIEN DEAN; ‘Departures’ will be available from May 15th