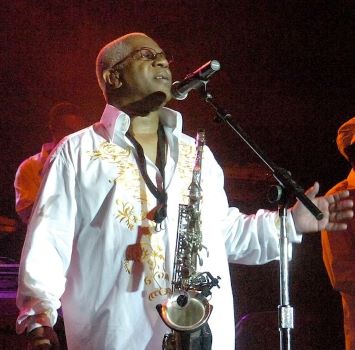 Kool and the Gang founder member DENNIS “DT” THOMAS died yesterday, August 7th. He was aged 70 and according to the band’s Facebook page, Thomas died “peacefully in his sleep in New Jersey”.

Born in Orlando, Florida in 1951, Dennis Thomas was a founding member of the Jazziacs who, of course, were to morph into Kool and the Gang in 1969. It was  1964 when he teamed up with music crazy schoolfriends Robert “Kool” Bell, his brother Ronald (who died last September) – and four other friends: Robert Mickens, Charles Smith, George Brown and Ricky Westfield. Thomas was the band’s sax player, flutist, percussionist as well as doubling as cheer leader and master of ceremonies at live shows. It’s also said that he looked after the band’s earnings – stuffing cash payments after gigs  into the horn bowl of his sax for safety!

Later this month, with Thomas in the line-up Kool and the Gang will be releasing the album, ‘Perfect Union’ which, with even more poignancy, was produced by the late Ronald Bell (aka Khalis Bayyan. Thomas’ last appearance with the group was July 4th  at the Hollywood Bowl in Los Angeles.

Among those Thomas is survived by are his wife, Phynjuar Saunders Thomas, daughter Tuesday Rankin and sons David Thomas and Devin Thomas.