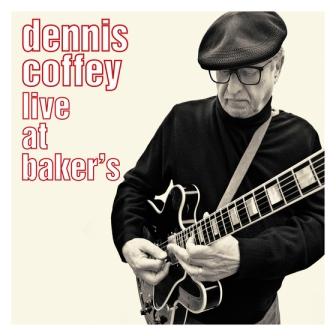 Guitar legend DENNIS COFFEY doesn’t mind anyone calling him a veteran… he did, after all play his first session in the fifties! Later of course he was part of Motown’s Funk Brothers and went on to work with people like Parliament/Funkadelic, Wilson Pickett and Chairmen of the Board. But Dennis has always felt he’s at his best as a live player and the release last year of his ‘One Night at Morey’s: 1968’ album confirms that he’s probably right!

To back up that argument, this coming March Omnivore Records will be releasing another live long player on Coffey. ‘Live at Baker’s ‘sees Dennis doing what he does best accompanied by his band (two-time Detroit Music Award winner Demetrius Nabors on keys, Grammy®-nominated Gaelynn McKinney on drums and bassist Damon Warmack) tearing through nine tracks, which include covers of Miles Davis, Freddie Hubbard, Miles Davis, Jimmy Smith, and The Temptations — plus a searing version of Coffey’s own Top 10 1971 hit, “Scorpio.” The album was actually recorded in 2006 but now wins its first official release…. full review her at SJF very soon.