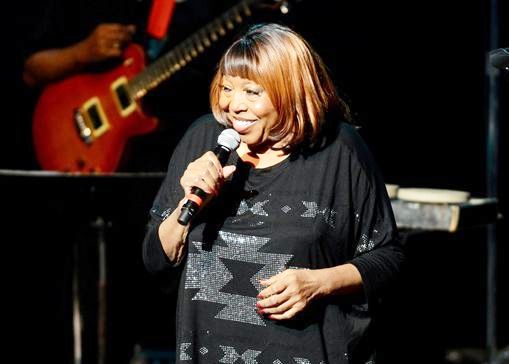 New sources in Jackson, Tennessee, are reporting the death of one of the city’s most celebrated residents – blues and soul singer DENISE LASALLE. Details are sketchy, but it seems Miss LaSalle, aged 78, died yesterday, 8th January. Family spokesperson Howard Ramsby announced her passing via the internet. It’s known that the singer suffered from health issues in recent months that resulted in the amputation of her right leg after she suffered a fall.

Born Ora Denise Allen on 16th July 1939 in Sidon, Mississippi, Denise was raised in the town on Belzoni where she sang in the church choirs. In the 60s she moved to Chicago, winning a contract with Chess in ’67. Her first Chess hit was the jaunty ‘A Love Reputation’ which gave her the confidence to launch her own production company Crajon with her husband Bill Jones. Her biggest hit was the still lovely ‘Trapped By A Thing Called Love’ which was released on Westbound in 1971. Like many of her songs it was recorded in Willie Mitchell’s Memphis studio. Denise’s other hits included ‘Now Run And Tell That’, ‘Man Sized Job’ and the classic ‘Married But Not To Each Other’.

In the 80s Ms LaSalle was signed to Malaco Records. She was with the label for almost 20 years and it gave her  her biggest European hit – the throwaway ‘My Toot Toot’.

Denise eventually settled in Jackson where she opened the Blues Legend Cafe (now closed) with her husband – former disc jockey and city councilman and local radio personality James Wolfe. In 2015 she was inducted into the Rhythm and Blues Music Hall of Fame and she’d planned to open the Denise LaSalle Blues Academy of Performing Arts in Jackson and was still working to achieve that when she died. To hear Denise LaSalle at her best grab a listen to the aforementioned ‘Married But Not To Each Other’ (proper spine-tingling soul music) and /or the 14 minute plus medley ‘My Groove’.