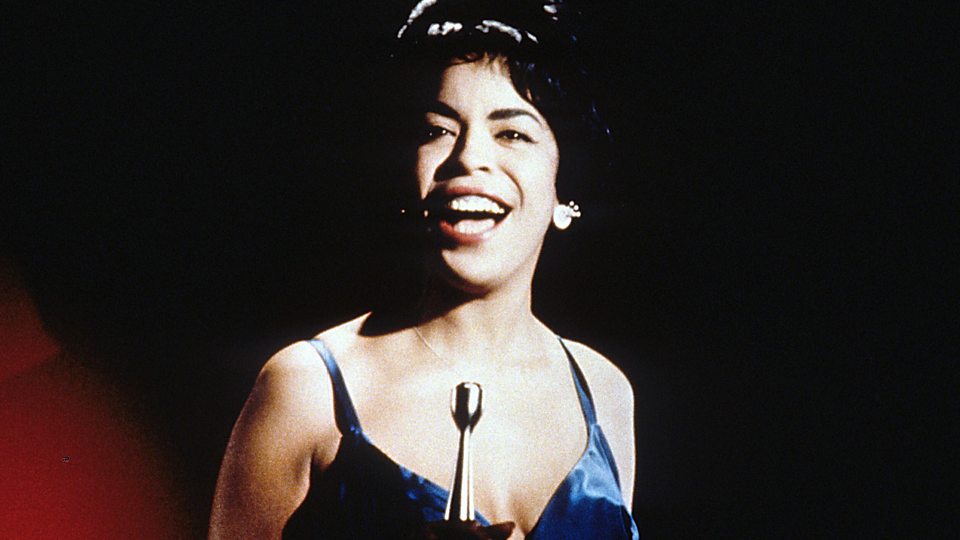 Singer and actress DELLA REES died on Sunday 19th November. A family statement said that Ms Reese “passed away peacefully at her California home surrounded by love”. She was 86.

Born Delloreese Patricia Early on July 6, 1931, in Black Bottom, Detroit, her first singing experiences were in church. Aged just 13 she sang with Mahalia Jackson’s gospel group and after graduating high school Della formed her own gospel group the Meditation Singers. Her career was put on hold after the death of her mother when economic necessity meant she needed to find work wherever. By the late forties though she was singing in clubs and shortened her name from Delloreese Early to “Della Reese”.

Della was soon to become an attraction at Detroit’s Flame Show Bar singing in a style akin to Ella Fitzgerald and Sarah Vaughan. In 1953 she signed a recording contract with Jubilee Records for whom she cut six long players. In 1957 she enjoyed chart success with the single ‘And That Reminds Me’ which was followed by 1959’s ‘Don’t You Know?’ which she recorded for RCA. Over time despite more hits, that song was accepted as her signature song. Della Reese continued recording throughout her life. Indeed in the 90s she enjoyed two Grammy nominations for the gospel albums ‘Della Reese and Brilliance’ and for the live album, ‘My Soul Feels Better Right Now’.

In later life though, Della Reese enjoyed more success as an actress – notably for playing the wise angel in the long running US TV show ‘Touched By An Angel’. Before that she performed in the shows ‘Chico and the Man’, ‘Charlie and Compmay’ and ‘The Royal Family’ and she even hosted her own talk show, Della.

Friend and co-star Roma Downey posted; “Through her life and work Della touched and inspired the lives of millions of people. She was a mother to me and I had the privilege of working with her side by side for so many years on ‘Touched By An Angel’. I know heaven has a brand new angel this day.”

Della Reese is survived by her husband, Franklin Lett, and three children and as an interesting footnote, Motown’s Martha Reese always acknowledged the influence Della Reese had on her sound and style – she affirms that the name “Vandellas” comes from “VAN” Dyke Street, Detroit and “DELLAS” from Ms Reese’s first name.