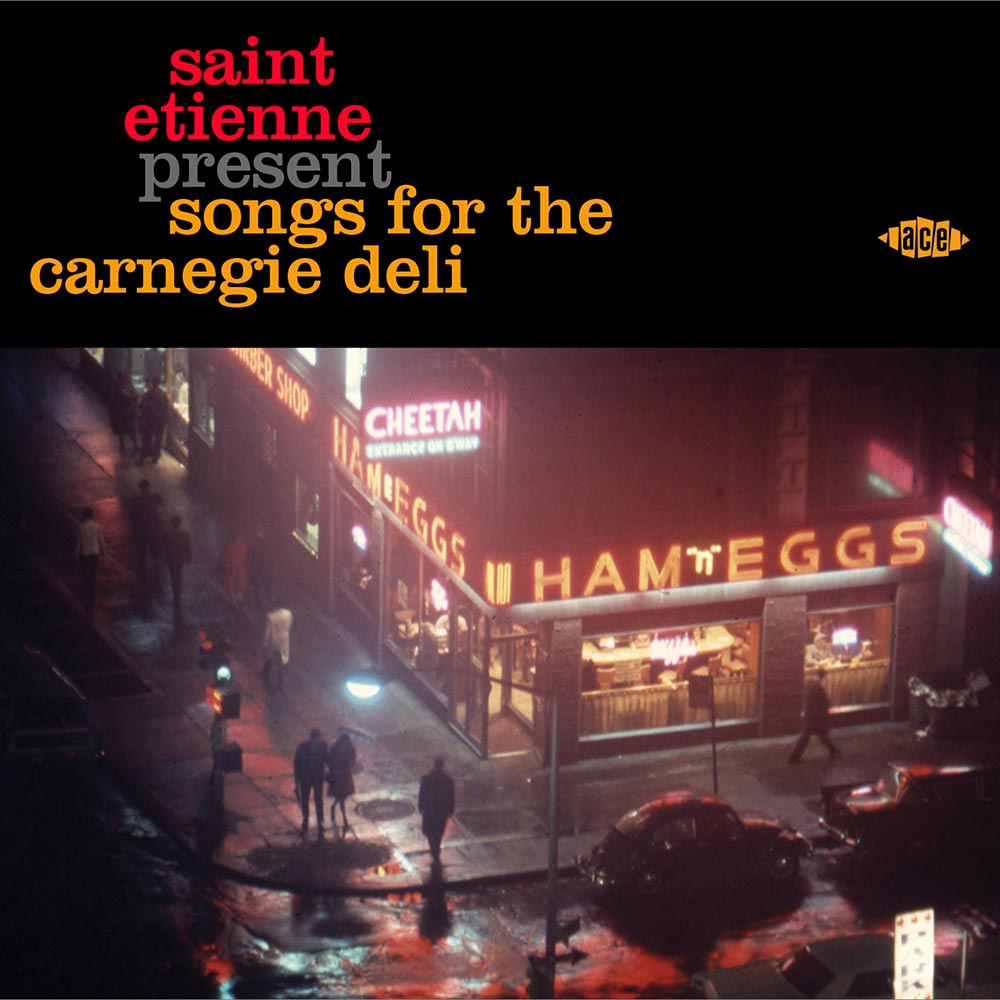 Bob Stanley is a UK muso best known for his work with snappy pop/dance/indie band St Etienne but, as befits his parallel career as a music journalist and writer, he’s an avid collector and music historian. Last year with a little help from band colleague Pete Wiggs, Bob curated a great little album for Ace Records. The compilation was Bob’s idea of the kind of music that might be played in the perfect Soho pub, which Bob christened The Dog and Duck.

Still with Ace, Bob and Pete have now released a second compilation but this time the focus moves across the Atlantic. Bob, like many of us (oddly), is smitten by the concept, of the archetypal New York deli… the kind featured in say ‘Mad Men’, Woody Allen’s New York paeans, ‘Rosemary’s Baby’ or even ‘When Harry Met Sally’. So like the ‘Dog And Duck’ set, Bob’s put together 24 tracks that he feels would sound perfect in one of those old diners… specifically the Carnegie Deli (featured in Woody Allen’s ‘Broadway Danny Rose’).

Plenty of great Brill Building pop too. Try Dawn’s ‘Love Melody’, Lesley Gore’s ‘I’m Fallin’ Down’ or the Tradewinds’ ‘Catch Me In The Meadow’. You also get tunes that straddle both genres. I’m thinking here of Samantha Jones’ ‘I Deserve It’. Ms Jones was a member of Liverpool vocal group The Vernons Girls but after decamping to New York she recorded this wonderful, big Phil Spectre pastiche. If nothing else it proves the old adage that Scousers get everywhere!

Interestingly the album opens with a tune called ‘Night Hawk’. It’s an atmospheric instrumental that was originally released on the B side to Frankie Valli’s 1966 hit ‘Hurt Yourself’. The tune is credited to “The Valli Boys” – session men really, but cultured soul buffs will know that the title ‘Night Hawk’ references the classic deli painting ‘Nighthawks’ by US master Edward Hopper!

SAINT ETIENNE PRESENT SONGS FOR THE CARNEGIE DELI is out now on Ace Records.