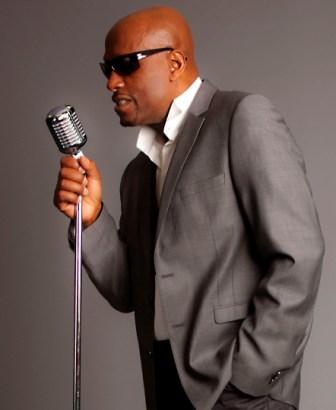 Soul folk of a certain vintage will have fond memories of UK band DELEGATION. They were formed back in 1975 and fronted by Ricky Bailey and working with Real Thing guru, Ken Gold, they enjoyed some moderate success with ‘The Promise Of Love’ and ‘Where Is The Love (We used To Know)’. In 1977, though, they had an international hit on their hands with the catchy, mid-temp ‘Oh Honey’. A couple of albums followed and the band continued to work through the 80s and 90s with Bailey an ever-present.

In the new millennium the group continued to work – using the moniker The Delegation Band… but now they’re back – using the old “Delegation” name. Still fronted by Ricky, Delegation have just issued a superb modern soul single, ‘I Surrender’.

Produced by the Drizabone team, it’s a great little foot tapper that’s destined to become a 2014 modern room anthem. Bailey wrote the song and he’s on his best soul form. The melody’s a little beaut, the beats are tight, and the backing vocals add a touch of real class. And if ever proof was needed, the Drizabone team show yet again that they have that certain magic that quite transforms a tune.

Ricky Bailey says, “It’s been a while since we released new material so we were determined to deliver something fresh and modern that would appeal to old and new Delegation fans alike. I think we’ve achieved our goal with ‘I Surrender’. It’s not that we haven’t been busy, we have just continued at our craft, meeting old and new fans at live gigs and events, where all our old tunes go down a storm, but we recognise that it’s not only time for something fresh and new but it’s what our fans deserve… and after 35+ years, we are almost practice, perfect!”

To support the track launch, the band management have created a brand new website that is fully mobile and tablet friendly. The site will allow you to purchase the new ‘I Surrender’ track, along with future track additions and planned merchandise goods. Find out more @ www.delegationband.com