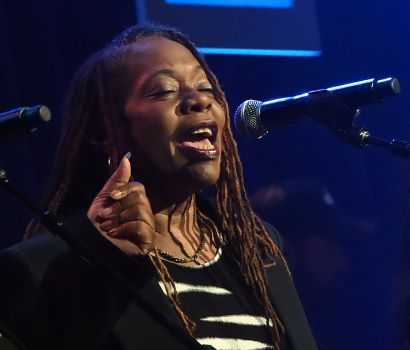 Gospel singer DEBORAH MCCRARY of the McCrary Sisters died at the age of 67 on Wednesday 1st June.  No cause of death was given but it’s known that she suffered a stroke in 2013. Her death was confirmed by a spokesperson for siblings. The posting said “’​​It is with deep sorrow that we share the news of the passing of our beloved sister Deborah”. The McCrary’s current label, Rounder Records said: ‘We are saddened by the news of Deborah McCrary’s passing. Our hearts go out to her family during this difficult time.’

Born in June 1954, Deborah McCrary provided the McCrary sound with its distinct low end harmonies. She worked as a nurse before joining siblings Ann, Regina, and Alfreda — all of them daughters of Rev. Samuel McCrary, an original member of the gospel group the Fairfield Four — as the fourth member of the McCrary Sisters in 2009. Along with their work backing up other artists, the McCrary Sisters released a series of studio albums and one live LP under their own name, including 2019’s ‘A Very McCrary Christmas’