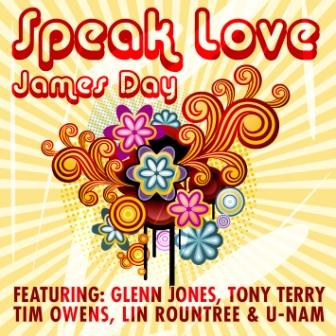 Modern soul connoisseurs know all about James Day. Over the years the songwriter/producer has produced a slew of classy soul cuts. Despite a serious ear disorder, which at one time led him to quit the music biz in desperation, James has gone on to win numerous awards including the Billboard Magazine and John Lennon International Song Contests as well as the Songwriter’s Hall of Fame Award for Songwriting Excellence which was presented by Hal David. David and Bacharach are particular heroes of Day and alongside Quincy Jones they provide him with the inspiration to craft proper songs and to think deeply about the production and arrangements to get the very best out the material.

And it’s Q that’s the inspiration behind James’ upcoming long player….’Song, Soul And Sprit’, ‘cos just as the music biz legend’s ‘Back On The Block’ album featured a wealth of soul “names”, James has handpicked a veritable slew of soul and smooth jazz stars to help him deliver his very distinctive sound on ‘Song, Soul And Spirit’. Amongst Mr D’s team are Glenn Jones, Tony Terry, Tim Owens, U-Nam, Sandra St Victor, Lin Rountree, Maysa and Lalah Hathaway.

Featured single from the album is the very gorgeous ‘Speak Love’ – a stately mid-tempo, sophisticated groove that’s already winning lots and lots of airplay. Day fans might recognize the song. It first featured on our man’s 2009 long player, ‘Natural Things’. Here though it gets a completely new treatment – something James does regularly; recycling old songs that still have a relevant message.

If you know James Day, you know we’re talking quality soul here; if you don’t know him (yet!) we recommend you check out ‘Speak Love’ toute de suite!