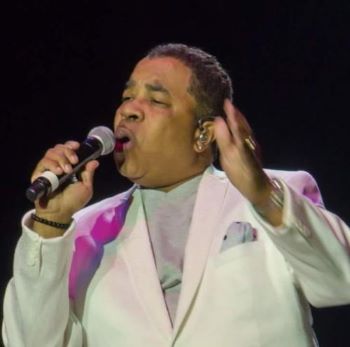 DAVID TYSON, singer with the Manhattans for the last 30 years and brother of Temptation, Ron Tyson died today, Thursday 17th February. No details are forthcoming save that David had been in hospital for the past week.

Born in Philadelphia, David was always keen to follow brother Ron into the music business. Long before his joining the Tempts, Ron has made a name for himself around Philly as a songwriter and member of the groups like the Ethics and Love Committee.

David longed to emulate that and  eventually formed his own group, Final Touch but in 1993 brother Ron told him that the Manhattans were reforming after some legal issues and encouraged him to audition for main men Gerald Alston and Blue Lovett. He got the gig  and with Troy May on board the veteran group were rejuvenated. The quartet though had to contend with the existence of another group of “Manhattans” led by original member, Sonny Bivins.

In 2014 David Tyson released his own solo single, ‘What Would I Do’ and in 2021 the Manhattans (now a trio; Lovett died in 2014)  released their acclaimed ‘The Legacy Continues’ album. The group issued a Christmas single just last December and were planning a nationwide tour.