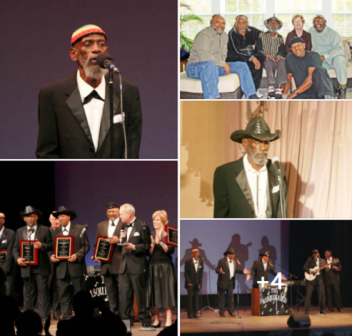 US soul sources are reporting the recent death of DAVID SANDERS , a member of soul harmony group, The Masqueraders. No details are forthcoming at present.

The Masqueraders were formed in Texas in the early 60s by Charlie Moore and Robert Tex and Sanders soon joined them as bass singer. After relocating to Detroit, the group cut several singles for La Beat before moving onto Memphis where, for a time, they worked with Isaac Hayes and also Chips Moman. Their Memphis recorded ‘I’m Just An Average Guy’ and ‘I Ain’t Got To Love Nobody Else’ saw local chart action.

Despite the lack of real success, the group continued to work and it’s believed that Sanders, nicknamed “Cowboy”, was with them until a few years back. Recently Soul 4 Real records reissued some of the band’s back catalogue on vinyl 7”.