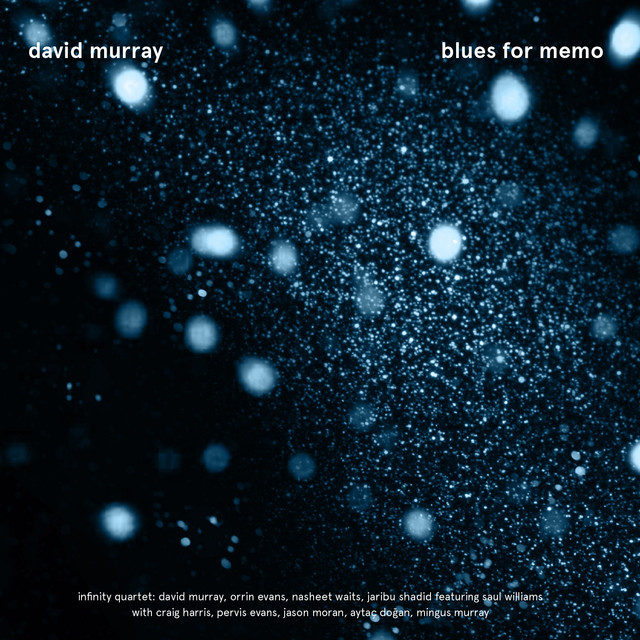 The prolific US avant-jazz saxophonist, DAVID MURRAY, has teamed up with the man dubbed the ‘poet laureate of hip-hop,’  SAUL WILLIAMS, on his next LP, ‘Blues For Memo,’  which is scheduled for release by Motema on February 16th 2018.

The pair’s sensational collaboration was stoked by Murray hearing Williams’ impassioned reading  of one of his own poems at the funeral of his friend, noted US writer Amiri Baraka,  in 2014. Though Williams, who has published several books of poetry and released six albums, has previously resisted offers to work with jazz musicians, he found his collaboration with Murray a liberating experience. “As a poet who’s very often tied to the page, collaborating with David has freed me up,” he says. “What’s beautiful about jazz is that it’s a celebration of improvisation. It has so much to do with listening, how you hear and what you hear, and how you respond to that. It keeps me fresh, so it’s the opposite of what I was afraid of when I was dodging performing with jazz musicians. It has invigorated the creative process.”

The album, which follows in the wake of ‘Perfection,’ Murray’s 2016 collaboration with the late Geri Allen and Teri Lynne Carrington, was recorded in Istanbul and is intended as a tribute to the late Turkish music promoter, Mehmet ‘Memo’ Ulug, with whom both Murray and Williams had a long and warm association. Performing alongside Murray is his working ‘Infinity Quartet’ comprising pianist Orrin Evans, bassist Jaribu Shahid, and drummer Nasheet Waits. They’re augmented by contributions from trombonist Craig Harris, keyboardist Jason Moran, guitarist Mingus Murray (who also happens to be David Murray’s son), kanun player Aytac Dogan, and vocalist Pervis Evans.

The album is released digitally on February 2nd, with the CD being unleashed on the 16th. European tour dates below: