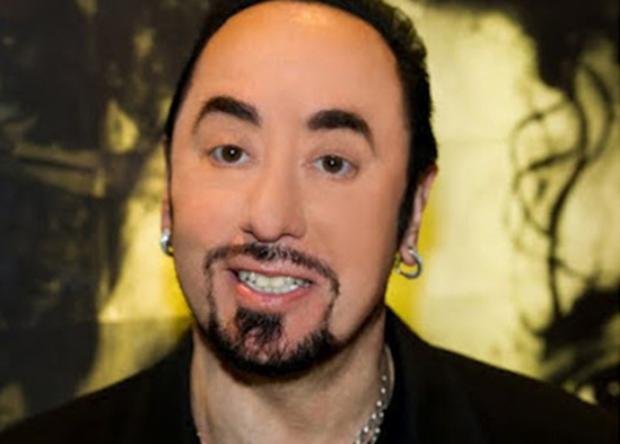 US music biz entrepreneur, DAVID GEST died today, Tuesday 12th April, aged 62. Gest, former husband of Liza Minnelli, died at the Four Seasons hotel in Canary Wharf. His friend and former bodyguard Imad Handi confirmed the news in a statement: “It is with great sadness that I can confirm that David Gest has died today.” A statement from the Metropolitan Police said: “Police were called at 10:17 on Tuesday 12 April to the Four Seasons hotel, in Westferry Circus to reports of an unexplained death of a man in his 60s. London Ambulance Service were called to the scene. Life was pronounced extinct at the hotel. A post-mortem will be held in due course. Next of kin are in the process of being informed and there appear to be no suspicious circumstances.”

David Gest was born on May 11th, 1953 in Los Angeles, California. He worked as a music video and television producer and is most famous to the general public for his much publicised marriage to Liza Minnelli. The couple were married on March 16, 2002, and separated (very publicly) less than a year and a half later in July 2003.

Fewer people are aware of Gest’s work promoting soul revues. As a child in California, he was a close friend of Michael Jackson and his brothers and through the Jacksons, Gest had many contacts in the soul community. In 2001 he produced the highest-rated music special in US music history – Michael Jackson: 30th Anniversary Celebration and after that he went on produce and promote multi-guest touring soul shows – bringing much-loved veteran soul stars to the UK. Amongst the stars Gest worked with were Percy Sledge, Eddie Floyd, Dennis Edwards, Ali Woodson, Dorothy Moore, Deniece Williams, the Stylistics, Billy Paul, Kim Weston and Brenda Holloway. Indeed Gest had just put the finishing touches to his 2016 tour – which was to be headlined by Dina Carroll and Freda Payne.

Ironically the tour was billed as “The David Gest Is Not Dead But Alive With Soul Tour!” – a reference to the hyped mix up on this year’s Celebrity Big Brother when a housemate thought that he had died. He did, though, need to quit the Big Brother house with medical problems.

For the last few years of his life David Gest lived in York which he described as the most beautiful place in the world.