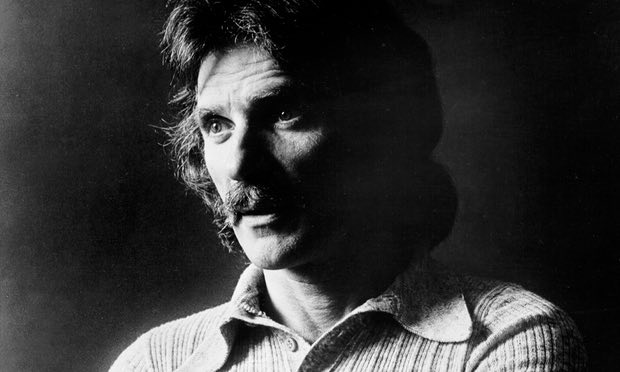 US news sources are reporting the death, at age 83, of songwriter, producer and arranger, David Axelrod. Axelrod worked in many fields but soul-wise he’ll be best remembered for his work with Lou Rawls. David worked extensively with Lou at Capitol and was responsible for his classic ‘Love Is A Hurtin’ Thing’ as well as ‘Your Good Thing (Is About to End)’ and ‘Dead End Street’.

Born in Los Angeles in 1933, David Axelrod joined Capitol Records in 1963 as producer and arranger. There (and later), apart from his work with Lou Rawls, he collaborated with people like “Cannonball’ Adderley, Earl Palmer, Jimmy Witherspoon, H.B. Barnum, Willie Tee, Funk Inc., Joe Williams, Betty Everett, and Weather Report. He also worked with ‘Man From U.N.C.L.E.’ actor, David McCallum in an attempt to launch the then heart throb actor as a singer.

Axelrod also released a number of albums in his own name, most notably the sought-after ‘Songs Of Innocence’ and ‘Songs Of Experience’ which fused jazz, soul and rock. Tracks from both have been regularly sampled by the hip-hop generation. Fans (and samplers) of his work include Lil Wayne, Wu-Tang Clan and DJ Shadow. Today DJ Questlove posted: “So sad to hear about the passing of musician/composer David Axelrod. He was so immersed in creativity and so pure with his arrangements he WAS hip hop.”