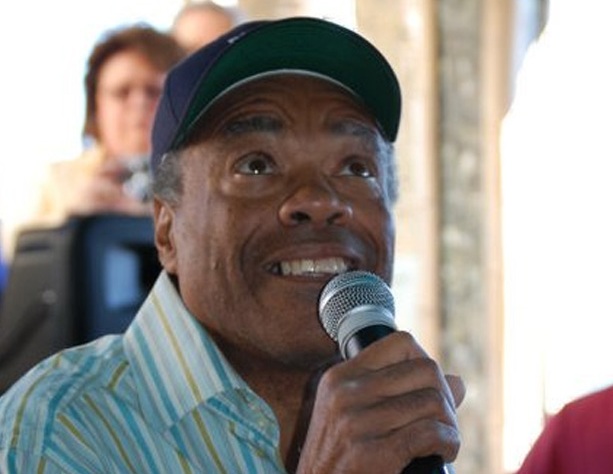 Though few details are available, it seems that long time member of the Chairmen Of The Board, DANNY WOODS died on Friday 12 January. He was 73.

Though he recorded as a solo a singer through the 60s, it was with the Chairmen of The Board that Woods enjoyed greatest success. The group were founded by Holland-Dozier-Holland following their messy break away from Motown and the Chairmen (Danny Woods, General Johnson, Eddie Custis, and Harrison Kennedy) were specifically created by H-D-H to be their new label’s flagship artists. Indeed they hit the ground running scoring hits for Invictus with songs like ‘Give Me Just A Little More Time’, ‘(You’ve Got Me) Dangling On A String’, ‘Pay To The Piper’ and ‘Everything’s Tuesday’.

Since its inception Invictus was mired in legal disputes and with lawsuits flying round the Chairmen’s lead singer General Johnson jumped ship, signing a solo deal with Arista. By 1975 the Chairmen Of The Board were no more.

However Johnson’s Arista deal turned sour and, disillusioned with the big players in the music biz, he decamped to the Carolinas to work the Beach Music scene. He formed his own label – Surfside- and reformed the Chairmen with Danny Woods and new boy Ken Knox on board. The trio (pictured below) were ever present on the scene and always in demand; so much so that a 2008 documentary movie, ‘Under The Radar’ tracked their success.

In October 2010 Johnson died and Woods and Knox put the group on hold. However, Woods was soon back working, fronting a new band – The Board Of Directors. Knox worked as a solo artist but also resurrected the Chairmen Of The Board brand alongside Thomas Hunter and Brandon Stevens. That trio released the well-received ‘Words Left Unsaid’ album last year (see our news archive).

In recent years it was noted that Danny Woods performed less and less as a series of illnesses took their toll.