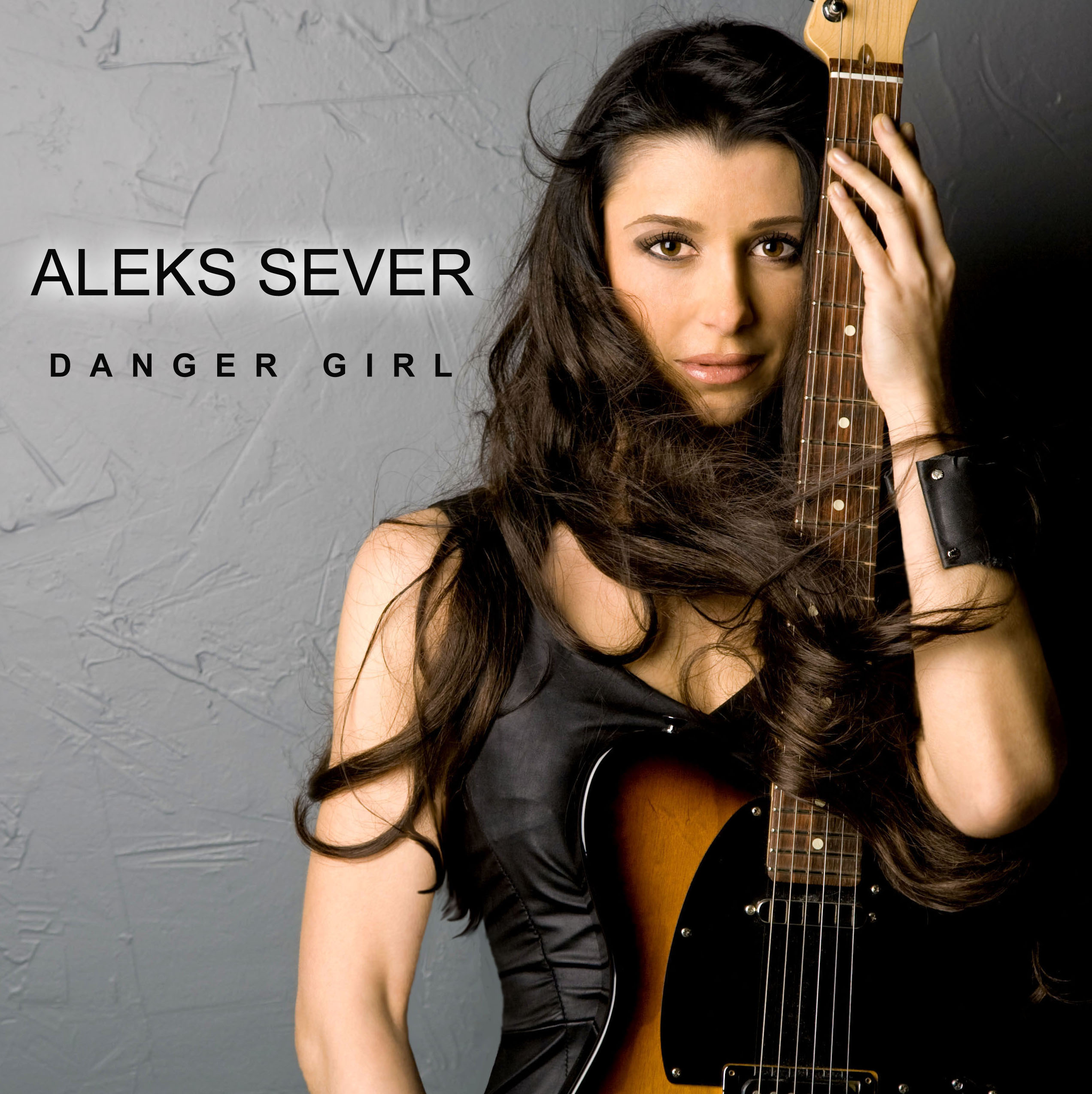 Popular music has had its fair share of noteworthy female guitar players over the years, ranging from Memphis Minnie and Sister Rosetta Tharpe to Joni Mitchell and Joan Jett. But for a variety of reasons, there are only a meagre handful of ladies who have truly made the grade as bona fide solo instrumentalists. The list is small – it includes smooth jazz guitar doyenne Joyce Cooling, blues maven, Ana Popovic, and the Hendrix-influenced rock chick Malina Moye. But now there’s the name of a new guitar heroine that can be added to it: ALEKS SEVER.

Born in Croatia and raised in Germany, Aleks first made her name as an artist in Europe during her late teens (her specialty was oil painting) but soon afterwards gravitated to her first love, music, and started expressing her creativity via her electric guitar. Influenced by the great and the good of the rock, soul and jazz worlds – including Jimi Hendrix, Stevie Ray Vaughan, Prince, and John Coltrane – Aleks honed her craft playing gigs in European clubs before relocating to the USA in 2000. There she hooked up with session guitarist Buzz Feiten – whose credits include playing with the likes of Aretha Franklin, David Sanborn, Patti LaBelle, and Rufus & Chaka Khan – and together they worked on Aleks’ self-titled debut long player, which was issued in 2003.

Guitar legend, Lee Ritenour, describes his experience of listening to Aleks as “astonishing” while smooth sax maestro, Dave Koz, says he was “knocked out” by Alex’s playing. If you want to hear or purchase ‘Danger Girl’ go to Aleks’ website: